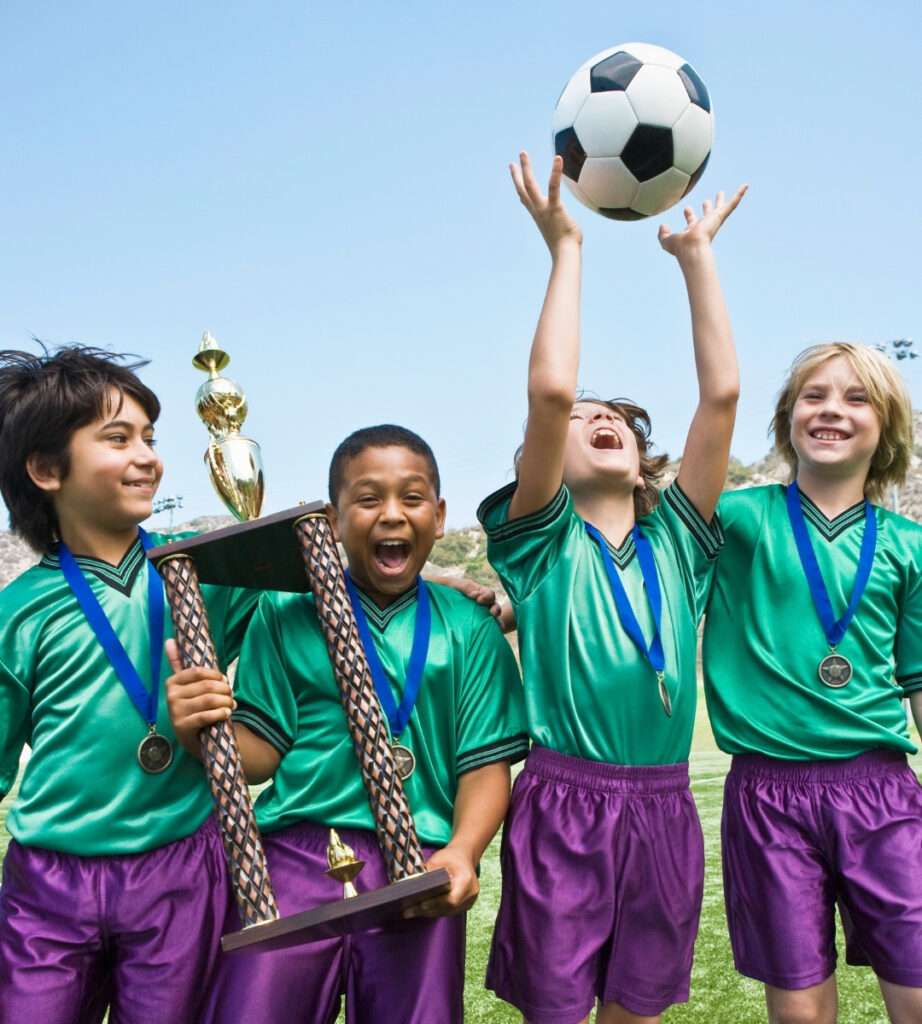 It’s called acceptance without judgment. That guiding philosophy enables plenty of opportunities for education and enjoyment. For a first-hand example, just speak to the members of the Hyde Park United Blue U-15 recreation soccer team and their favorite teammate, 13-year-old Danny Milliren. Danny happens to be on the autism spectrum, but he is “just another kid on the team,” said Paige Hoffman, who is a volunteer secretary of the team, coached by her husband, Ricardo.

The team is undefeated, having given up just three goals all season. They also won the Dutchess Cup a couple of weeks ago, playing against some of the area’s skilled travel teams. Players on the team come from the towns of Hyde Park, Rhinebeck, and LaGrange. Ricardo, a first-year coach who grew up in Panama and moved to Brooklyn at the age of 15, noted that Danny’s mother, Samantha Smith Lowe, initially met with him and the players to educate them a little about Danny.

Ricardo’s response was simple. “If he tries his best, that’s all I ask. We’ll figure out the rest as we go,” he said. “Trying your best is all I ask of any player.” He added that all players have strengths and weaknesses, and “I’m just trying to help everyone to become better players and enjoy the game.” He said the players, who include both boys and girls, make the effort to help Danny and make sure he is in the correct position and moves with the other team members, both in practice and during games. “Sometimes Danny does struggle a little and then the kids do the right thing,” said Ricardo. “They take it slow and explain things to him. It’s all part of a learning experience – for all of us.”

His wife, Paige, said “I just love the way the players have embraced soccer and included Danny in it. They have accepted him whole-heartedly.” Part of that acceptance includes helping Danny to stay focused in game and practice situations that obviously include working on offense and defense. “Danny is very smart, but he does become distracted,” she said. “So the kids just adapt and help him to focus.” She added, “We all just work with Danny. There’s no judgment. The focus is not on his autism, it’s on enjoying the game and learning.”

Paige gave an example of an instance during a recent game when players recognized a situation and helped out. “It was kind of a poignant ‘coach and player moment’. Ricardo was standing next to Danny with his arm around him and they were talking,” she said. “However, it went on for a while, so he told me later that a couple of the other players asked Danny to come over and work with them, so Ricardo could concentrate on the game. They helped the coach, but they still included Danny in the game. I was so (quietly) proud. No one told those players to do that.”

Danny himself said the best part of the game “is just having fun.” He said the other players on the team “are pretty nice and friendly. We all cooperate.” And then he said loudly, “Our coach is great and he really knows soccer.”

Keith Claire, a team member and student at Our Lady of Lourdes, said he respects Danny for “making a great effort. He plays pretty good. He knows what is going on and he takes direction pretty well.” Player Savannah Hoffman said, “We all try to help Danny. Sometimes we see that he is a little dejected and then we help him to concentrate on things like dribbling the ball and work on his strengths.”

The entire experience is having a very positive effect on both Danny – and his mother, Samantha. “The team continues to show Danny that his participation has value. They are talented soccer players, who also show excellent sportsmanship – in their genuine expression of inclusiveness toward Danny,” said Samantha. “Even when points count, they take time to cheer him on, passing the ball to him. Danny feels that he is part of the pack – that he’s wanted here.” She added, “Not only does this improve the quality of Danny’s life, but when he feels included and comfortable, he also shows that he is capable, intelligent, and socially well-adjusted.”

Samantha does understand and has experienced the issue of prejudice as it relates to individuals on the autism spectrum. “The irony in the prejudices we face about autism is that the challenging behaviors associated with prejudice are often a result of feeling unheard and alienated by a lack of social acceptance and inclusion,” she said. In the right setting with effective treatments, children with autism can thrive and flourish. “To Danny, the outlook of his teammates means more than being part of a team. It creates a setting where he can feel confident enough to function at a higher level.”